Donor Stewardship During a Pandemic 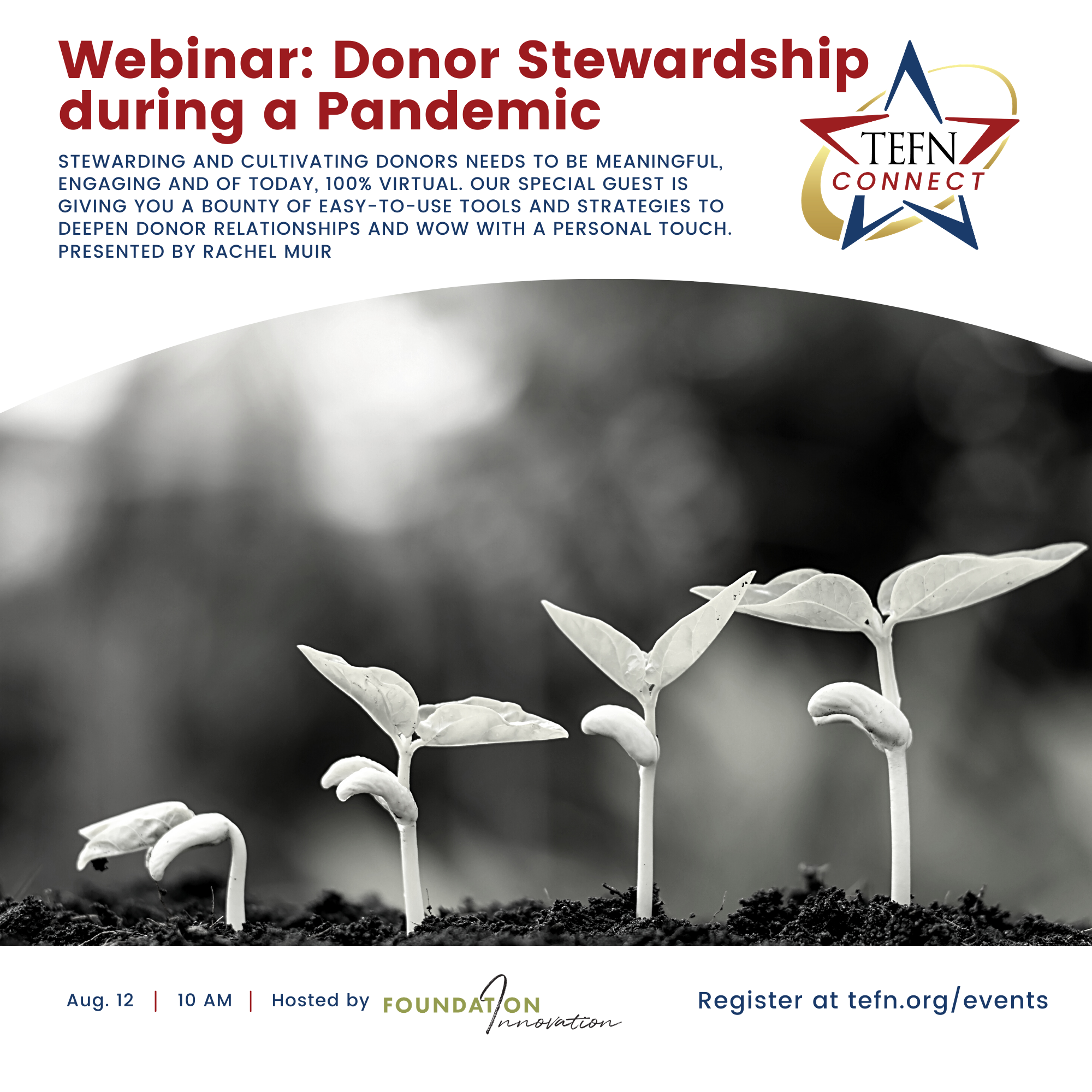 Donor Stewardship During a Pandemic

Stewarding and cultivating donors needs to be meaningful, engaging and as of today, 100% virtual.  Our special guest will give you a bounty of easy-to-use tools and strategies to deepen donor relationships, and “wow” them with a personal touch.

Meet the Speaker, Rachel Muir, by clicking her name on the menu to the right!

How did we do? Let us know by completing our evaluation form here.

Unable to attend? No worries! You can access a recording of the Webinar here.

This webinar is eligible for CFRE continuing education. 2021 CE Tracker

The event is finished.